Digital comics have been around for a while but it wasn’t till now that you could actually expect to read comics on the PSP. Sony recently announced that they would be launching a cool new Digital Comics service which would be available across PSP. The comics are expected to cost $2 each and would be from the “all audience” category. 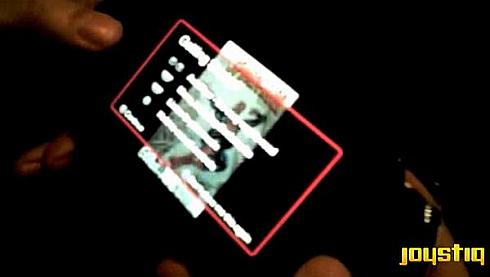 If you were expecting one of those glossy and niche comics on your PSP, you just may not get it for sometime at least. It is not clear if these comics would be delivered on a subscription basis or a onetime payment. The camera seems a little shaky but you can still see that the PSP Comics picture is pretty cool. If you are into comics you may love this service as you would not only get to play games on your PSP console, but you would also get to read the coolest comics possible.

This reminds me of a time when people used to read comics in print and thought they were damn cool. There was even a time when Disney, Marvel or other such comics were so cool that kids would almost die to get their copy at the news stands. Things are definitely changing, and perhaps for the good. It would be interesting to see how this service would be received by PSP users, and if niche comics would actually appear in the service.