Say goodbye to having your PS3 system jailbroken, thanks to new ‘mandatory’ Sony PS3 updates. 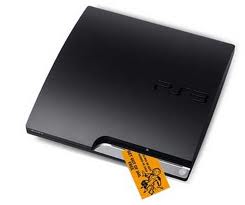 This is extremely bad news for those of you that love to have all your consoles jailbroken. Apple is always the first one that comes in mind when the word jailbreak is said out loud, so if you’re that kind of person that can’t resist without being jailbroken, get ready for bad news.

You might have heard that a couple of weeks ago the new PS3 Jailbreak was released via a small, yet powerful USB dongle, which you plugged in to your PS3 and watched as the it found its way around the Ps3 system. The Ps3 isn’t the only one of Sony’s products that have been jailbroken, as there are also jailbreaks available for the PSP, but it has definitely been the hardest to hack. The way the USB stick worked is that it would let you, or the user, play backed up games from an external HDD. Now there was just one thing pulling many people back from this jailbreak, the price. This little USB stick would cost you around about $170 dollars.

Then a couple of weeks later another jailbreak for the PS3 was released. This one was free, thus making the USB dongle a thing of the past. The second jailbreak worked of an iPhone or iPod Touch and was developed by the Dev-team’s one and only MuscleNerd. The way this one worked is that you had to have a USB cable that you could connect your iPhone or iPod Touch to your PS3.

Well Sony got quite fed up that two new jailbreaks had been released for the PS3, which was known for it being an extremely hard system to hack as mentioned earlier, in just two and a half weeks. So they got to work and started making important system updates which were mandatory for the PS3 to work. This was firmware 3.42. This patched the jailbreaks and added more security features which sucked for people who desperately wanted to jailbreak their PS3 since they’d already had a taste of it.

So the bottom line is that Sony are proud of themselves, people are sad, and the Dev-Team, and hackers around the world, are once again working on a new jailbreak.