Last year’s smash western hit from Rockstar Games, Red Dead Redemption, is finally getting one heck of a content bundle in October. 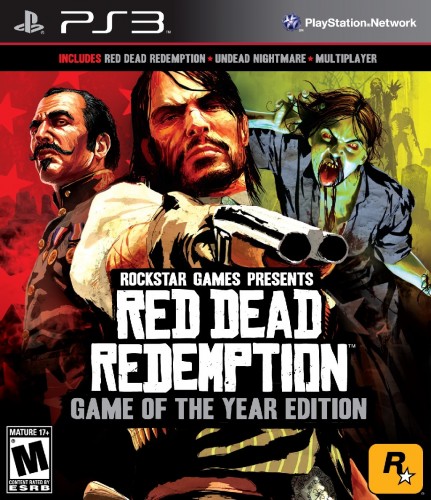 Why howdy there hombre! Just by looks, I can tell you’re the kind of sort that likes to roam the Wild West in search for excitement and what not. Well partner, mosey on down to a nearby retailer, be it online or not, and partake in some Red Dead Redemption, which lucky for ya, is about to get a Game of the Year Edition.

Last year’s gold rush of an open world action-adventure title, from the fine folks over at Rockstar Games, is being filled to the brim, like a barrel full of sarsaparilla, with every piece of downloadable content this side of the Rio Grande, all in a $50 package coming October 11th to North America (October 14, 2011, internationally). Tarnnation, if that don’t make ya grin wider than a coyote then I can’t reckon what will, partner.

I’ve gone a head and roped up the full list of goods in the Red Dead Redemption: Game of the Year Edition, think nothing of it amigo:

What do you guys think? Did I come off as an convincing cowboy? I’ve been working on my acting for a while, and well, its seemed apropos with this post and thought, why not! So, how did it go? Hmm? I see… Yeah, I know, I know — stick to your day job there buddy-boy… Anyway, make sure to stick here for upcoming news from Tokyo Game Show 2011, where Sony should have many an exciting announcements forthcoming soon.