Both Japanese companies will be having live events at TGS 2011. Hit the link to find out the times and schedules. 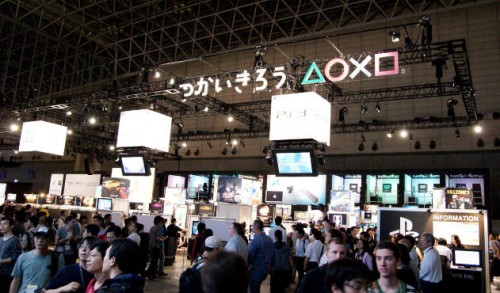 Kojima Productions, the Metal Gear Solid arm of Japanese publisher Konami, for a second time out in a row, will be lighting up their own stage show for the world to see at this years Tokyo Game Show. So if tickets to the Land of the Rising Sun seem totally out of the possibility, turn to the Internet and KojiPro on September 15th.

Specifically, on Konami’s official Ustream portal, where most likely you’ll catch all things new about Metal Gear Solid HD Collection, among other surprises that have been teased by the maestro of Solid Snake himself, Hideo Kojima. Almost all, except for Metal Gear Solid: Rising which reportedly won’t be at TGS 2011 – no worries though, buzz is they’ll be apparently planning “something” big later this winter.

Just in case you won’t be able to tune in on time to catch the Kojima Productions stage show, it will be repeated again & again throughout the rest of Tokyo Game Show on Ustream. Now, go ahead and take a look at the full Konami schedule — mind you, what’s listed here is just a slight taste of their event.

Over at Sony HQ, the Japanese branch of company is planning a similar live event of their own, one day before TGS starts. Back in 2010, Sony Computer Entertainment Japan held a pre-Tokyo Game Show press conference, but that was restricted to press only. Not so this year, as it will be live broadcasted around the world through their own special website on September 14th.

Unfortunately, much like Metal Gear Solid: Rising, we won’t be seeing Team Ico’s upcoming The Last Guardian at this years TGS. (Oh boy, this one stings…) Originally the game was given a late 2011 release date internationally at the 2010 Tokyo Game Show, but as you can see, it’s been pushed back many times since then… and well… It will come out sooner or later! Believe!