This mock-up of a PSP2 is based on the leaked images that emerged back in November. Know that the image below doesn’t come from Sony Computer Entertainment, but it’s probably fairly close to what the actual product will look like when it’s released. 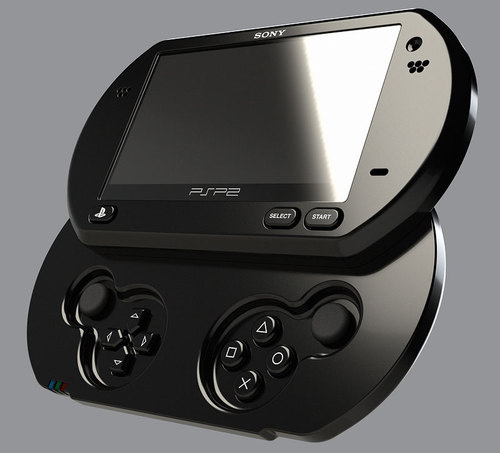 The original pictures made their way to the internet by way of VG247, and soon after, the internet was roaring with speculation about the new device. Know that this handheld is not the same thing (as far as we know) as the Android-powered PSP Phone, which is another handheld gaming machine altogether.

Either way, we can’t help but think that this handheld looks an awful lot like a PSPgo, which is to Sony what the Virtual Boy is to Nintendo–they seemingly make it a point to pretend it doesn’t exist. On the bright side, the PSPgo has a few more games than you can get on the Virtual Boy, but that’s not saying much for Sony’s download-only handheld.

If you look at the backside of the PSP2, you will notice a little rectangular panel. Supposedly, that is a touch-sensitive slide panel, and we are still trying to figure out how practical a panel facing away from the user will be. We hope we are wrong, but it just seems…off. 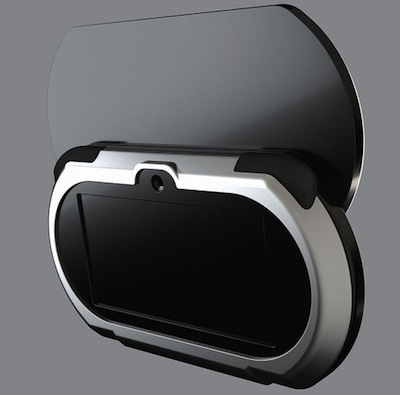 We realized we’ve criticized the heck out of the poor thing, and we don’t even know what it does other than play games (and possibly movies), but we just hope that Sony will decide to fully support thing thing instead of letting it hang like they did with the PSPgo. Maybe we are being too hard on the machine, but the shape and the likely download-only format worry us a bit. Sony still hasn’t proven to consumers that they can handle a system that’s based fully on digital distribution.

Well, at least we can look forward to two thumbsticks, because, personally, I like the PSP nub thingies. Let’s just hope we see some games that pull it off correctly.

Personally, I’d rather see this PS2/TV combo come to the States (So what if the PS2 is an old system, there’s a very good reason it’s the best-selling console in history). Oh well, anything is better than Wahlberg as Nathan Drake. (And my usual disclaimer: I have nothing against Mark Wahlberg, I think he’s cool enough, but he just seems a bit old for the part and doesn’t really look like him.)