‘Outland’ Lights A Path On PSN

Developer Housemarque brings gamers a new 2D platform game that is jaw-dropping beautiful with a game play twist involving light that is sure to please. 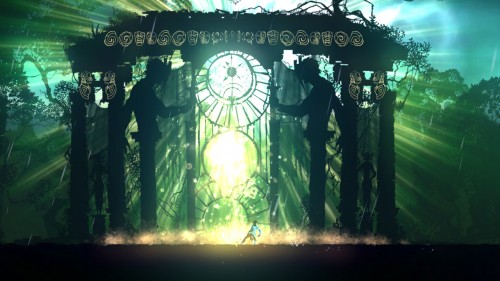 What if I told you that there’s a game that not only combines the illuminating visuals of Tron, the platforming grace of Prince of Persia, the explorability of Metroid, and for added gaming mechanic flavor, the classic bullet-hell shooter Ikaruga? Whoa! Put down your pitch forks! What I say is not a lie – such a game does exist, and it’s called Outland.

Outland is an upcoming 2D platform game by Housemarque, a name many of you should be familiar with if you’ve every played their other awesome digital titles such as Super Stardust HD and Dead Nation. With both of those games being twin-stick shooters, Outland marks Housemarque’s first attempt at making a game that appears to be much in the mold of traditional platformers, where exploration and puzzle solving is as much important as combat and level maneuverability. 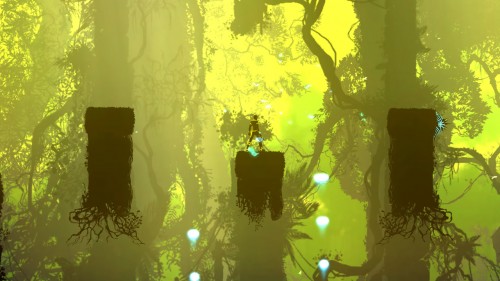 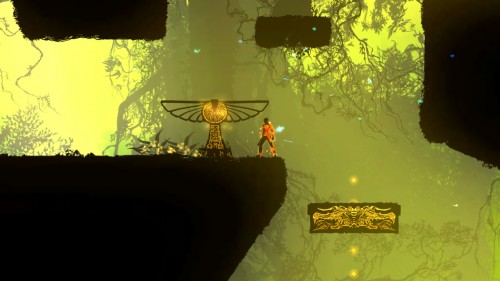 Oh, and did I mention how beautiful Outland looks – because it really does look absolutely marvelous upon first glance. I mentioned Tron before hand, and that reference hardly describes Outlands very unique visuals – a blend of shadows and lights, bright neon colors, and a mix of tribal and natural themes that really grab a hold of your eyes. This use of visuals isn’t just there to please the eye though, it also used in game play too.

Players will take a role of a young warrior, who, after having a strange dream, wakes up and embarks on an adventure to seek the meaning of his visions, all while defeating whatever evil stands in his way. Half of the game has you discovering upgrades to your abilities, which will allow you to progress further into the game (hmm, kinda like Metroid,) while the other half – the combat side – centers around this interesting concept of light, which as I said before, ties in with the visuals. 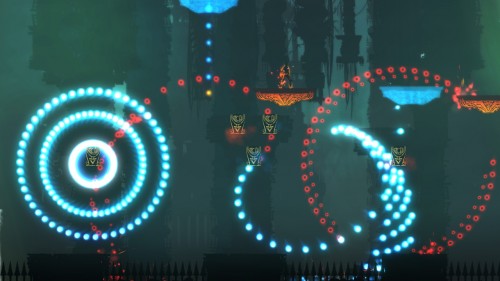 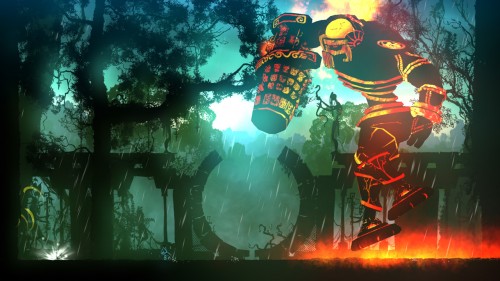 Through much of Outland, in order to fight off enemies, jump on certain platforms, and solve puzzles, your silhouetted hero will need to corresponding with a certain color, either blue or red; so let’s say, if a spider monster is blue, your character needs to be red in order to defeat it. Basically, in order to master Outland, you’ll need to be able to switch between these colors skillfully.

It might sound as if the game play in Outland might be a real pain as you go deeper into your heroic journey, but it could be a most satisfying one, once proficiently learned – which could be said of game like Hard Corps: Uprising or Moon Diver (both fun games too!) Add to that, a backdrop that is simply breathtaking to look at, and you’ve got the makings of a great gaming quest, when Outland is released on April 26, all for just – get this – $10! A steal of a deal? You bet it is.