The exciting new PS3 Motion Controller, also known as the Magic Wand for 3D PS Games, is schedule for Spring 2010, but it doesn’t mean we don’t get some additional information from Sony to get us excited and hyped towards next year. 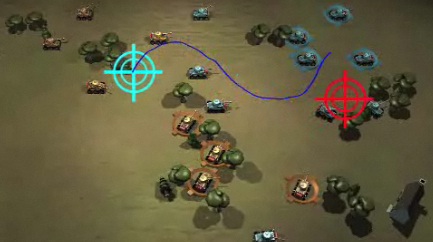 This in depth video of the PS3 Motion Controller goes a lot further than before about the Magic Wand’s capabilities, looks, movements and actions. Without the E3 time constraint allowing them to only show certain highlights, Sony now demos the Playstation 3 Motion Controller slowly, with explanations throughout the way.

The capabilities are still great with the Magic Wand, like we already seen before, but in this video, it is also shown how the Magic Wand can be used as a controller to pick up things and actually control a character or action further than just pushing a button. It also shows the variation between the ‘real world’, ‘virtual world’ that shows the actual item the Magic Wand represents within the game or screen and also the copy of the virtual world which combines the PS3 Eye’s view of the player and the Virtual World. The latter grants the player a better ability to really imagine the object the PS3 Motion Controller has ‘become’.

Allow Sony to explain the whole ordeal much better including showing you the cool visuals and examples. I personally can’t wait for this to come out, and by what they mentioned…it is up to game developers to use the technology and come up with amazing use for it.