Always dreamed about experiencing the comfort and thrill of sitting in a real car seat while playing those racing games? Well, now you may finally be able to relish your dreams, and that too in style, without all the trouble of positioning your wheel and paddle. The Playseat Evolution Gaming Seat (here onwards referred to as “Evo GS”) does just that. 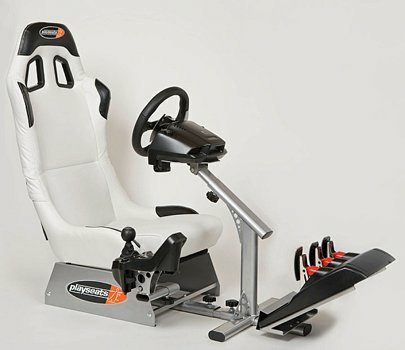 Racing games need a wheel which needs to be fixed to something steady. I missed buzz of playing racing games because the standard controllers just don’t fit the bill. The Evo GS makes a successful attempt to remove all such hassles and provides a sturdy mounting for the wheel. Almost all wheels get easily mounted (except Microsoft XBox 360 Wheel). Works best with Logitech wheels. The framework, which is made from reinforced steel, is super sturdy and eliminates the wobble effect while playing. Also, the seat cushion is extra comfortable and the cover is nonflammable which adds to its worth-for-money aspect. The Evo GS is completely adjustable for gamers aged 8+. The Evo GS is foldable and requires minimum space when folded. It is easy to assemble and dimension wise it is about 6 ft weighing 200+ lbs. 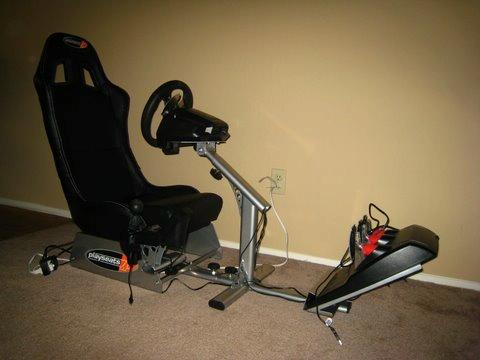 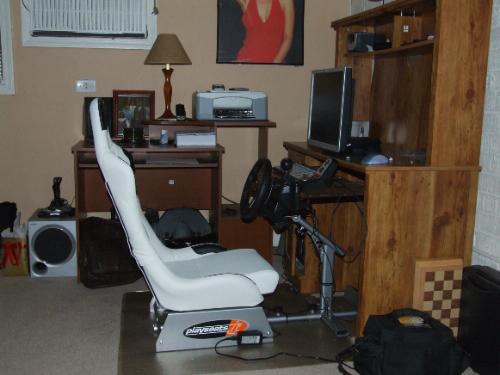 It works with PC, Xbox, PS1, PS2, PS3, Gamecube and a wide variety of consoles. Available in combinations of white/silver and black/silver for $299.99 at Amazon, it is surely worth a try. 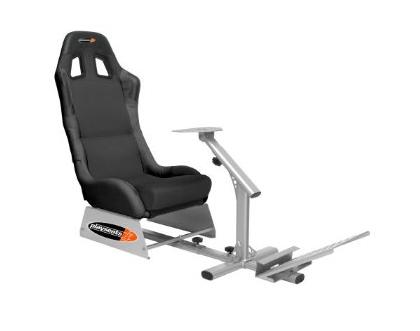 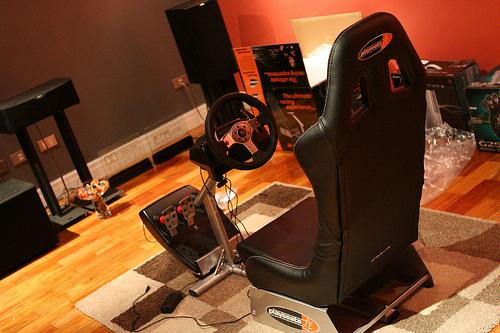