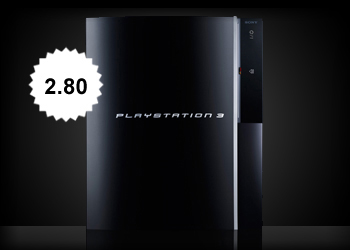 Although there weren’t too many features introduced, new security possibilitiies and revisions were added to the new PS3 2.80 version.

The main feature of the new Firmware Update is the chat possibility, which makes it easier to chat with friends and other gamers while actually playing PS3 games. Moreover, videos can now be backed up and music settings now have added a Dynamic Normalizer for major music intelectuals.

In addition to the chat feature, the PS3 2.80 version firmware also allows better management of friends and the gaming network, enhancing your game experience as well as technical possibilities.

Some bugs and glitches have also been remedied since the last update, so for some, it is worth it to update just to clear up the air. Overall, not many new additions but the few added are pretty straightforward and worth some praise.