When we say Rock music, the first image that probably comes to your mind is the long-handled electric guitar: the one that Rock Gods strap on to their chests and string with their heavenly fingers. Jimi Hendrix, Jimmy Page, Joe Satriani…have all taken this piece of wood-and-wire attached to an amplifier, and delivered musical bliss to millions of listeners.

This writer believes that there is no other piece of musical equipment that can cause a rush of blood to the head, or mellow you down, the way a Six String does.

Most of us had childhood dreams of growing up and becoming nothing else but a Rock Star: Straddle a Six String and travel the world, rocking audiences who scream out your name. 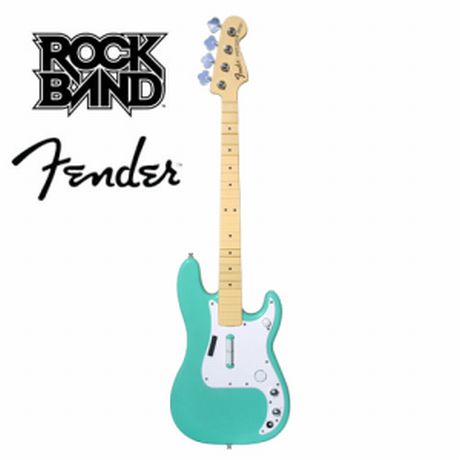 If you are sitting in front of your office computer reading this article and feel your rock star dreams are fading; don’t be blue. You could still be a Rock Star! All you need is a PlayStation 3, the Rock Band videogame by Harmonix, but most important of all – the official Rock Band Wireless Fender Precision Bass Replica. 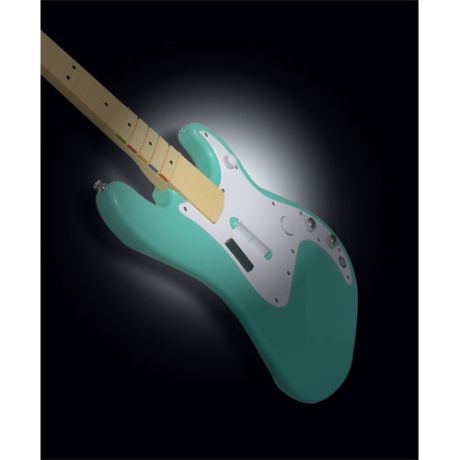 Mad Catz, the guys who made the hugely popular fighting sticks and fighting pads for Street Fighter IV, has teamed up with Fender and designed a rocking replica of the Fender Stratocaster. 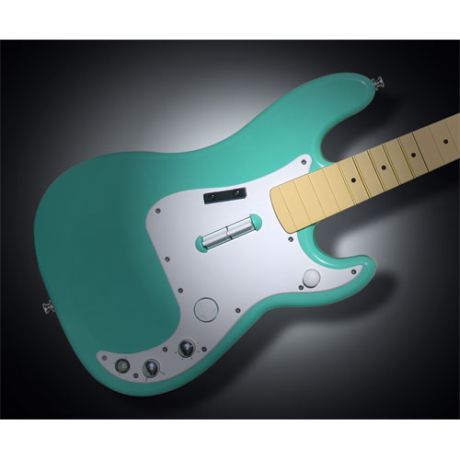 Made with a custom finish, the Wireless Fender Precision Bass Replica look like the real deal and not some imitation piece. Not only is the Mad Catz a fine Six String, it also allows you have the extra edge as you rock with Rock Band. 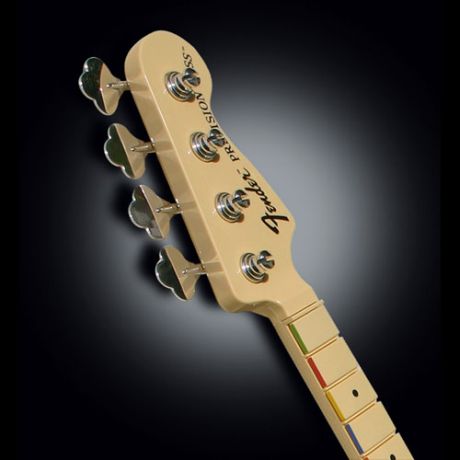 Rock star quality dual/split strum bar will make you sound like a guitar god when you string it. The two-piece design of the bass instrument allows you to two-finger flick your bass string like the best in the business.

If you don’t want to play the bass player and instead want to be the lead guitarist, an additional set of Fret Buttons and a Whammy dial allows you to transform the bass replica into a strum-free guitar. 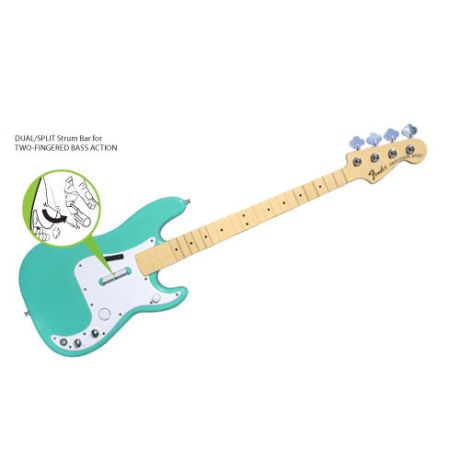 We have already told you about the multiple, rocking features of the Rock Band Wireless Fender Precision Bass Replica, but we have not you told about its rock star looks. 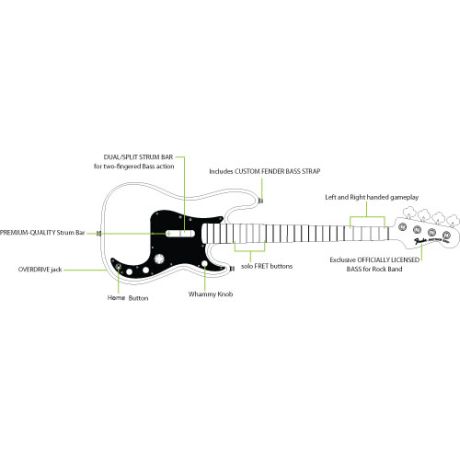 The Mad Catz comes in a beautiful sea green body with a brown, wooden finish to its headstock and neck.

Time has now come to cast away your work and worries, strap the Precision Bass Replica on your shoulders, plug in the game, and kick it like a Rock Star! You can buy this guitar by shelling out $89.99

Rockband 2 Telecaster and Guitar Hero Game Carabiner are few other such stuff that you would want to learn about.