Three new features are heading their way to Infamous: Second Son in the next two weeks. 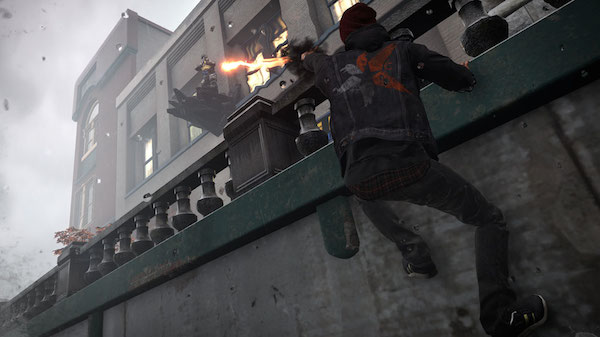 The PlayStation 4 exclusive only launched two weeks ago, but already Infamous: Second Son is being prepped for another update, which incidentally enough, is after the first title update that brought a good list of upgrades on the day of the game’s March 21st release.

I feel like I could make an Exhibit meme joke right about now, but I’ll spare you the thrill of facepalming my lameness and get on with the details. In particular, the three spotlighted additions developer Sucker Punch is implementing thanks to suggestions of their many fans, and should tentatively go live for download in two weeks.

Players who have beaten Infamous: Second Son will now have option appear in the menu section that allows selection for a specific time of day.

To help enthusiastic shutterbugs take excellent screen captures of the game (and who wouldn’t with it being so darn pretty), Sucker Punch will let users turn the HUD on and off.

The game will now have an option for players to lock the framerate to 30FPS, instead of the natural state of it being unlocked and sometimes going over during sections of intense gameplay. A good compromise for folks who are sensitive to such things.

Some nice extras being added to the core package indeed, which already saw a mountain of cool extras on its first retail day (you can read up on those here). Good on Sucker Punch for going the extra mile by supporting their titles after they ship, and also listening to their fans so that they can deliver a better, overall experience.