The latest PlayStation 4 exclusive gets a release day patch that upgrades both its in-game content and performance. 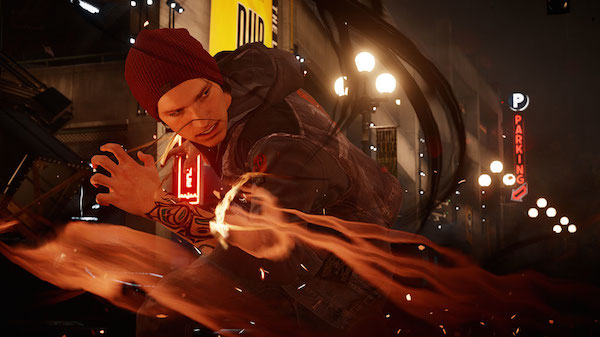 On the heels of its Friday launch, a review list for inFamous: Second Son pulled the curtain off a prompt day-one 1.01 patch – approximately 300MB in download size – that surprisingly adds an additional five hours of content, along with several standard bug fixes and minor gameplay improvements for the PlayStation 4 exclusive.

Reportedly, the bonus hours of content is meant for a side-story campaign, the ‘Paper Trail’ storyline, which developer Sucker Punch describes as an “innovative online and in-game story arc” concerning the true story behind the D.U.P.’s occupation of Seattle that’s told through 19 side missions available at the start of the game.

Now where the gap between the “in-game” and the “online” portion of the ‘Paper Trail’ plot is joined, is through an alternate reality game (enjoyyourpower.com) created by Sucker Punch and 42 Entertainment. There, players can hope to enjoy episodic story content, beats that should flesh out backlore, which will be rolled out through the next six weeks.

If that’s not enough to wet your Second Son whistle, or beanie hat if you want, the patch also throws in the Cole’s Legacy Content Pack, originally a pre-order bonus that is now free with every North American copy of the game. The pack is said to include four additional story missions (roughly one hour of gameplay) that explores the aftermath of inFamous 2.

Lastly, there’s also the full list of tweaks being incorporated into the patch, a bevy of fixes that fine tune Second Son’s difficulty curve, the performance of the game’s engine, and tons more. You can see the detailed list, right next to all of the aforementioned content, directly below:

InFamous: Second Son is now out in stores for the PlayStation 4, as of March 21. From the internet grapevine I’ve heard the game is quite stellar, so perhaps you might want to check it out!