Learn more about this gorgeous indie game, and how it might see a PlayStation 4 and PlayStation Vita release. 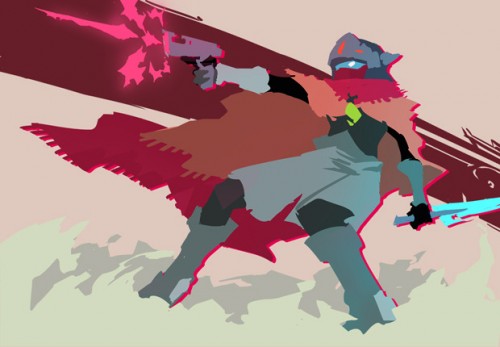 Drenched with the influences of equal parts The Legend of Zelda: A Link to the Past, and equal parts Diablo, Hyper Light Drifter is a beautiful sight to behold. A tad conventional in its premise, sure, but delivered in such an eye-capturing way that can’t be ignored. In fact, I dare you to ignore this game’s luminous pixels.

The indie action role-playing game, currently up for funding on Kickstarter until the October 12, is a spectacle of glorious, sparkly 2D-sprites. With purpose, too, and not just icing on a cake. The art style in Hyper Light Drifter only helps carve out the game’s world and lore, a fascinating mix of both ancient ruin and futuristic tech. 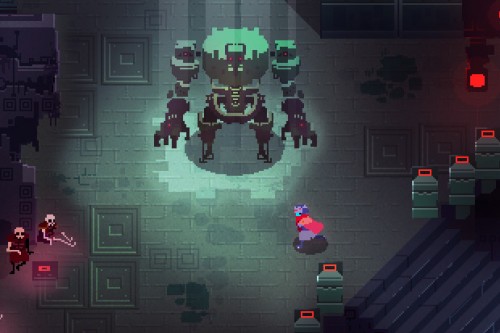 In this grand epic – and from my outsider’s estimation, a correct use of the word when describing this enticing game – players will control a Drifter, a forager of forgotten knowledge, lost technologies, and broken histories of civilizations no longer living or past their prime. Gives you a slight Nausicaä of the Valley of the Wind vibe, doesn’t it? Oh, yeah.

Your character specifically in Hyper Light Drifter – and may I add, one of the best looking ever – has even more incentive to trek deeper into the dark dungeons of the world, includes those that are filled to the brim with the most dangerous of creatures and spirits; he searches for a cure to an deathly illness that dwells inside him. 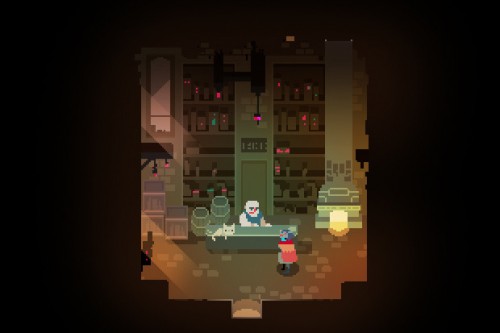 Not the most distinctive of motivations for a protagonist, but hopefully it serves as a solid foundation to the indie title’s creative visuals (I’m drooling over here) and its solid gameplay – the brunt of which is culled from fondly remembered RPGs of the 8-bit/16-bit era, yet also take note of the modern conveniences of our day.

Hyper Light Drifter’s combat partly promises to be, as its name implies, lighting fast and notably stylish. One of Drifter’s core abilities involves a flashy dash module that allows you to quickly evade attacks or stun monstrous foes; it even comes in handy when crossing gaps and breaking through walls. 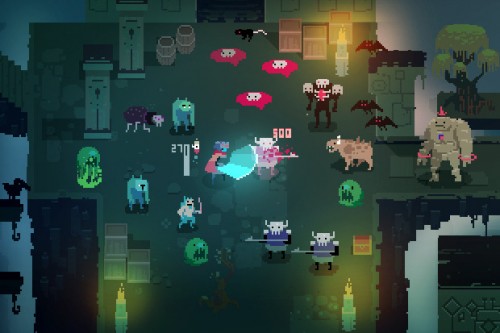 There’s also strategy that goes into taking down opponents – it is an RPG after all – with a disposal of multiple weapons, from glowly blaster rifles, laser swords, and roly-poly smart bombs, which can be upgraded throughout your whole journey.

Reading through the gameplay description for Hyper Light Drifter on Kickstarter, it feels like creator Alex Preston – solo lead designer and freelance illustrator situated in Los Angeles, California – has a mighty good handle of what he wants gameplay wise, and what he thinks gamers will like in return. All it needs now though, is to be founded. 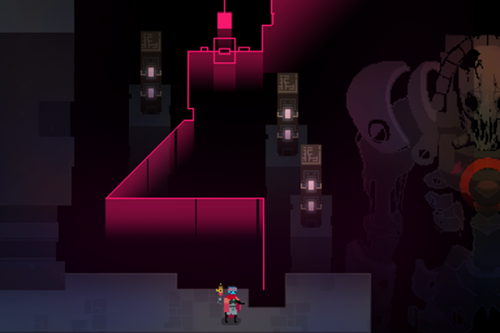 Amazingly, just like the roaring success of Keiji’s Inafune’s Mighty No. 9 Kickstarter, Alex Preston’s own goal was meet in a relatively short time; we’re talking within a couple of days here. Though to be fair, Hyper Light Drifter’s funding goal was a quaint $27,000(USD), a whole lot less than Mighty No. 9’s.

Both Kickstarters also share the distinction of knocking down their stretch goals like a finger through a wet paper towel, with Hyper Light Drifter quickly coming within the $220,000 range of locking down a PlayStation 4 and PlayStation Vita port alongside its PC/Steam release in 2014.

All the game needs is approximately $8,000 to succeed in securing those platforms, and boy would such a lovely-looking game benefit from the wonders of the Vita’s OLED screen. Oh, and saving your progress on the PS4, and then continuing on Sony’s handheld thanks to its cross-play feature? That’s a plus, too.

If you can, please think of donating whatever amount you can to Hyper Light Drifter’s Kickstarter campaign. It looks absolutely amazing, and you’d be supporting a fresh-faced game creator with new ideas. Also, I really really REALLY would like this game on a Vita.

For more gaming news concerning Sony’s handheld, à la the lightly thinned remodeled version, and the release date of the PlayStation 4 in Japan, then please stick it here to PS3Maven.