It might be a blessing from the ultimate treasure-hunter to the heir apparent or probably just one of this year’s best T.V. ads for a single game. Oh wait, it’s both! 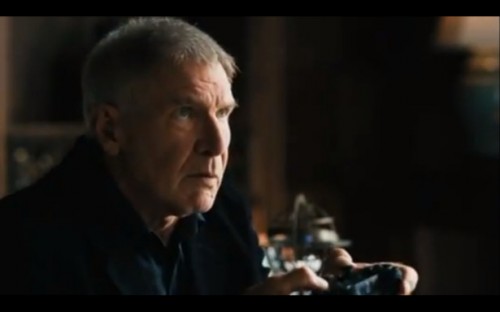 Likely by the time this story goes up, reviews of Uncharted 3: Drake’s Deception will be popping up on gaming-focused haunts across the world wide web, or “Internets” as the cool kids say. From impressions here and there, the game will presumably get immensely positive & glowing of praise for Naughty Dog’s continued excellence in delivering a thrilling cinematic experience that none can come even close to replicating… et cetera, et cetera… blah, blah, blah, whatever.

There’s only one man, and one man only that is experienced enough to give a solid stamp of approval worth all the hidden treasure in the world — and that one man is legendary film-star Mr. Harrison Ford. You may remember him from such films as, Star Wars, Blade Runner, Air Force One, and of course, an iconic role that you could say truly gives its inspiration to the world of Nathan Drake and his long-lost artifact seeking exploits, Indiana Jones.

As it would incredibly so happen, like the planets alining in some kind of once-in-a-lifetime chance, and in a commercial you probably won’t see on T.V. sets outside of Japan, Mr. Ford is shown on screen playing Uncharted 3 (albeit in a way that makes you think he’s not, but let’s not ruin the magic people!), and then giving what is probably the best pitch the upcoming action-adventure title can possibly receive.

It’s a bit surprising that an English version of this ad wasn’t green-lighted here, especially given the circumstances that the Uncharted series is ever so more popular in the U.S. and Europe than it is in Japan. That’s probably the only wrong this commercial accounts for — but other than that — it’s fantastic!