Coming under fire as ‘too bright’ and ‘too much of a gimmick’, Sony have confirmed that the PS4’s DualShock 4 lightbar can be dimmed in a future console update. 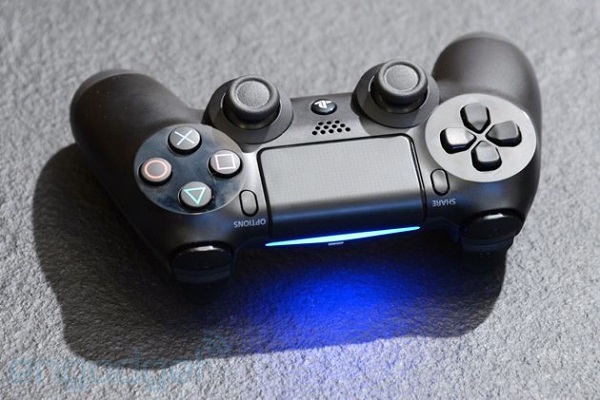 Prior to the PS4’s release, a slew of ‘radical’ new features was announced set to differentiate Sony’s next generation console from it’s green and black Microsoft-branded rival, the Xbox One. Amongst these was PlayStation Plus, the paid service that gives you access to both online multiplayer on PS4 as well as free games across several PlayStation platforms (PS3, PS4 and PS Vita), the media apps which can be accessed for free and the extensive range of abilities from the console’s DualShock 4 controller, an upgraded version of the DualShock 3 which had been adapted to reflect an era of touchscreens. With the DualShock 4, the world was now your interactive, with the touchpad allowing for new control inputs while tilting the controller also made good use of the ‘Sixth Axis’ awareness tech introduced on PS3 (Sixth Axis allowed the console to know how you were holding the controller and which angle it was being pointed in), but bizarrely, Sony also chose to include a flashing LED light but, in a new PS4 update, we’ll ‘almost’ be able to turn it off.

The light has become somewhat of a running joke amongst PS4 players and critics alike as the DualShock 4 lights up in a specific shade of neon, PlayStation branded blue when it’s switched on, changing colour when you log-in and both flashing and changing colour in certain PS4 games such as Tomb Raider: Definitive Edition which causes the controller to flash quickly in red, orange and yellow to symbolise a lit torch. However, some players have cited the light as being an almighty battery suck as the fact that it flashes so much or is so bright (the DualShock 3 in comparison had just a single red dot to show that it was switched on, only flashing when the battery was low) that the PS4 controller frequently runs out of juice. However in a new interview with video game media man Geoff Keighley, the President of Sony Computer Entertainment, Shuhei Yoshida, confirmed that in a future PS4 update, that light would be able dimmed but not turned off.

It’s unfortunate that you won’t be able to turn it off entirely but of course this is understandable as it would be pointless to include it if the option was there to disregard it forever (it would be like owning a touchscreen device and choosing only to use voice commands) especially as developers go to the consideration to include the features in the first place, but perhaps the reaction to the announcement will provide some incentive for Sony to consider it. This is in part Keighley’s own fault as his initial tweet about the interview said that you’d be able to turn off the DualShock 4’s lightbar, leading Yoshida to clarify exactly what he said, but as no new info has been revealed on that DualShock 4 dimming PS4 update, there is still *a chance* that Sony will make adjustments and we’ll be able to turn the flashing thing off altogether.