Why EA Sports Will Dominate Next-Gen

When it comes to the PS4 and Xbox One everyone will be looking not just at the console but at their games and EA Sports could have the strongest line-up of all. 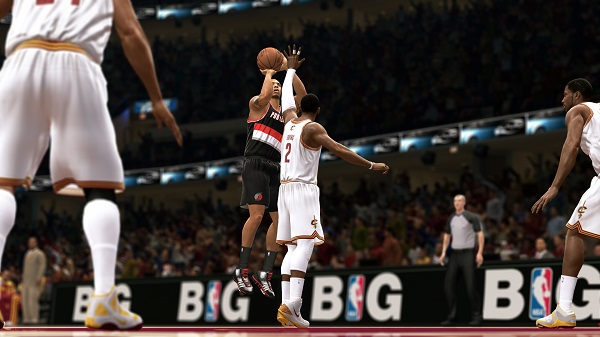 For gamers, two of the biggest events in the history of video games are right around the corner – the release of the PS4 and Xbox One. Regardless of which one you’re most interested in, the one that’s gobbled up your pre-order money like a Hungry Hippo, or the one that proves, overall, to be better, we know that both will offer impressive and much improved graphics to what we’re seeing now. But away from the talk of hard-drives and RAM and processors and pixels, the conversation about the types of games we’ll be playing is just important as the consoles they’ll be running on and one company whose games could be set to dominate the video game software field in the next generation is EA Sports.

The very first reason is that while there are more than a handful, or even a bag full of game companies who might just be throwing their games onto PS4 (or Xbox One) because it happens to be what everyone and their grandmother is talking about, EA have thought ahead, powering their new sports games with the EA Ignite engine. Thanks to Ignite, the player movements in games like Madden NFL 25, FIFA 14 and NBA Live 14 are even more realistic, with animations representing the unpredictable movement of bodies on a real life sports field. Given that one of the main features in a sports sim is how well it represents the real thing, this is key to EA Sports’ success.

In turn, EA Sports’ games are also in preparation for a whole lot of multiplayer gaming on next-gen. While PS4 players now have to play for online multiplayer features with a PlayStation Plus subscription, PS Plus also comes with plenty of free games, so it’s unlikely to deter many. EA Sports’ games come packaged with Ultimate Team modes, which, in FIFA, Madden and NBA, that means that players can collect virtual cards of their favourite players and use them to take on real life opponents online. This also means that should players want to play the sports that they may well have been watching, using their next-gen console as a media box, or, if they want to take advantage of fancy new next-gen multiplayer, they can do so in several EA Sports titles.

Finally, EA Sports could completely take over the market in terms of sales thanks to their business model. While it’s not something that ever really interests the average gamer, we see it every year when we’re looking for new games to buy. What is meant by this is that the nature of EA Sports’ games, which are released in annual iterations every year, means that they are consistently improving. The EA Sports games we get at launch are likely going to seem paltry in comparison to those that we get to play next year, for the fact that EA have the chance between now and then to make their games even better suited to next-gen, which is something that we would all like to see.