‘Balrog: Behind the Glory’ Shown At Evo2k11 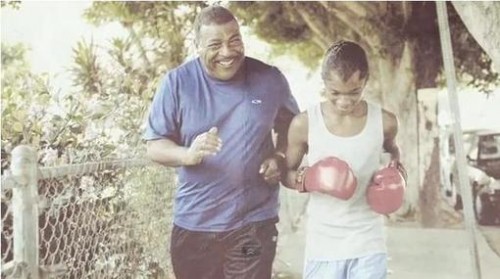 The mythos of legendary boxers such as Muhammad Ali, George Foreman, and Sugar Ray Robinson have all been well documented in films and books. But there’s one ring-king, that til now, who’s own story of huge heights and tragic descent is still unknown to a majority of people everywhere.

Premiered recently at Evo2k11, Balrog: Behind the Glory is a fascinating documentary about the once former three-time boxing champ by the talented filmmakers at Chubby Boy Films. The short film does a wonderful job in accounting Balrog’s (formally known as Mike Bison) storied past — his upbringing, his rise to success, and then his eventual involvement with the criminal organization Shadaloo.

For only being a tick or two around 12 minutes, Balrog: Behind the Glory is wonderfully presented and for any Street Fighter or boxing enthusiast, it’s a must see movie (and one that will then leave you marveling at how close-to-real to an actual sports doc, the likes you could see on ESPN, this drat awesome video is. Seriously, it is so cool!)

Keeping with-in the world of the world warrior, and actually all things fighting games to be frank, the cast for Street Fighter X Tekken expands to a whopping 21 fighters, with recently Steve & Yoshimitsu from Tekken and Dhalsim & Poison from Street Fighter. And don’t forget to update your PlayStation 3 firmware to v3.70 — the update should be live now.