Ubisoft has released an extended cut trailer for Assassin’s Creed: Revelations. Meaning more Ezio, which is always more better in my book. Check it out! 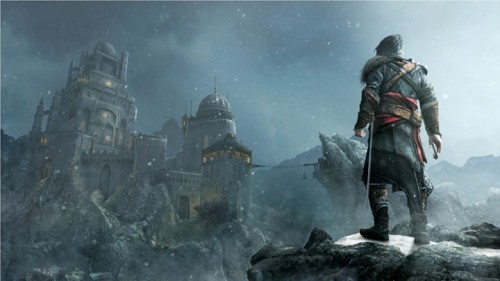 O Ezio, Ezio, wherefore art thou Ezio? Continuing the next chapter in the Assassin’s Creed story line after the events in Brotherhood, I see. Yet this time around you’ll be joined by fellow protagonists Altaïr ibn La-Ahad and Desmond Miles, in the present day of course, as you embark into the Ottoman Empire in 1511 AD.

A final journey this may be for you, sweet Ezio & Altair — but fear not good sirs! Centered upon Ubisoft’s brilliantly crafted open-world gameplay, Assassin’s Creed: Revelations will, if all things turn out as they should, be an experience fitting to end on. Yet, let not my words be taken as godly truth, feast upon this trailer, an extended cut of the Revelations’ trailer that debuted at E3 2011:

Splendid, don’t ye think? And the public surely won’t have to wait long to play Assassin’s Creed: Revelations — what with a November 15th release date quickly approaching. What a glorious month indeed, as other big gaming hits shall be releasing that same time period too. Perhaps you’ve heard of them, Uncharted 3: Drake’s Deception and The Elder Scrolls V: Skyrim.