Alien Chestbuster Cyborg PS3 Mod is Coming for Your Children

It is always exciting to see new PS3 Mods and creations that require immense creativity from the geeky moddesr to come up with the most extraordinary things, so I think you would agree that this crazy Alien PS3 Mod definitely fits the bill. 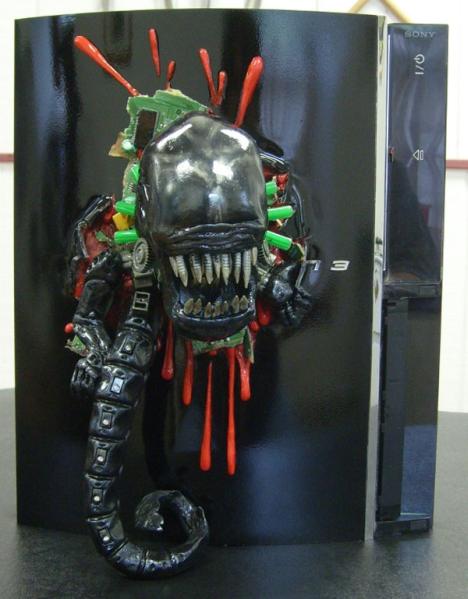 The newest Alien PS3 Mod is a tad different from the previous one we saw, for in this one, it isn’t the main Alien but the chestbuster which is just bursting through the PS3 case. With its teeth glaring, the blood dripping and the PS3 seeming to be ripped apart, it is an entire combination that would fit in the ‘Mothers Against Video Games’ campaign. 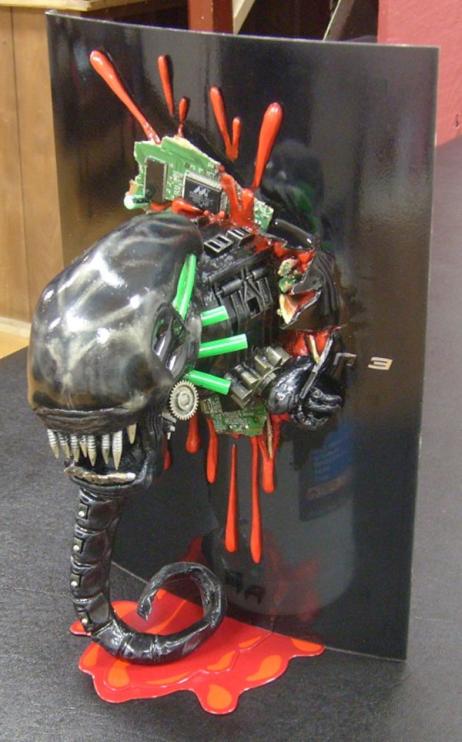 I am not saying it would win sufficient votes against video game banning, but you cannot deny that parents would freak out if they saw such PS3 consoles out in the market. I mean, on one end, the parents are hoping kids will not bug them and play the PS3 games quietly, but on the other hand, they would totally freak and worry that their child will not be able to sleep at night after playing this Playstation 3. Then again, many would probably be interested in this PS3 just for that reason only…to get their little brothers or sisters to stay away from their stuff. 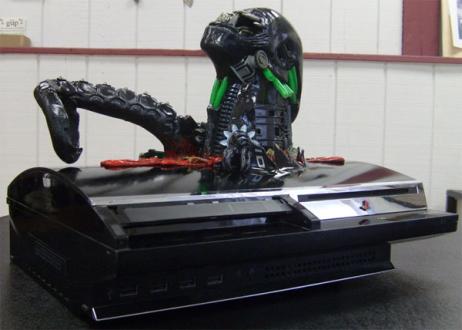 Well, this cool PS3 Mod was found at the Llama modding forums as many mods have been before. It was made by GivinTats as the previous Alien mod, so it means that this scary modder is just a die hard Alien fan who has found a creative outlet in the PS3 consoles. Still, the result is amazing, entertaining and is most definitely a lot better than just a regular Black console. I mean, wouldn’t you want one of these in your home?