Extreme Mods have unveiled the XCM Dominator Joystick Controller for the PS3, which not only looks cool but also packs in amazing programming. The XCM Dominator comes with futuristic blue LED lights, which are enough to set you in the right mood for combat. 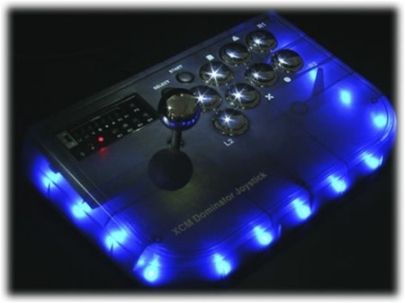 Once you get into the combat mood and mode, the joystick makes sure your PS3 gaming skills are upped thanks to the various buttons, which are specially designed for fighting games. In fact, you could program the buttons in 20 different combinations and one-press combos are always good when you are playing fighting games. This means you would definitely have an edge while playing and you can swing faster than your opponent and force them to bite dust.

We have also featured the Chatpad for PS3, which allows you to stay in touch with other gamers. If you are really into Rapid Fire, you could try checking out the GBlaster Playstation 3 too.