This week Sony drops the next system update for the PlayStation 4. 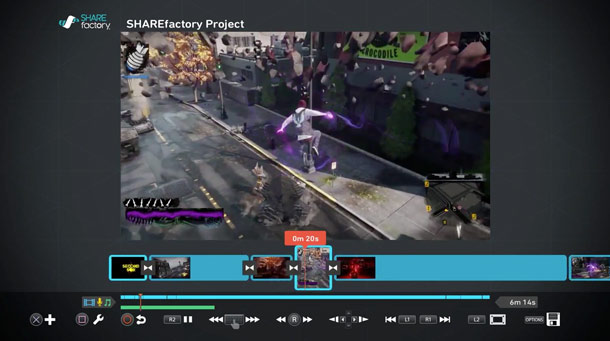 This week a new system update has gone live for the PlayStation 4, and at the top of Update 1.70’s latest features is a new way to dulcy-up you best gaming moments.

It’s called ShareFactory, a new application on the PS4’s home screen that lets users customize gameplay videos with special effects, video commentary, and custom soundtracks, which can then be uploaded to Facebook or exported through an external USB storage device. The app also comes with a large set of video editing tools that Sony promises can be easily grasped by rookies, but deep enough for pro editors to make top-shelf videos.

As for the rest of the new features from Update 1.70, which is available right now through the PlayStation 4, I’ve listed them below as follows: