Ratchet & Clank: All 4 One (and One For All): Coming This October 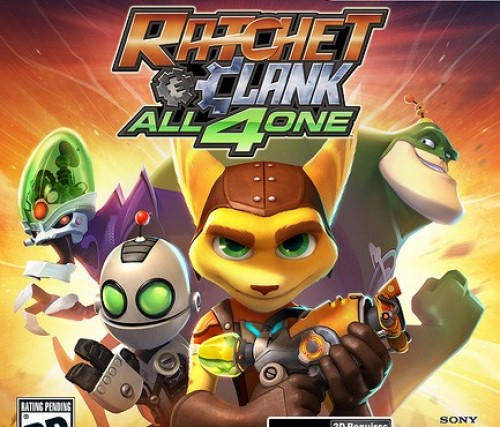 Insomniac Games’ favorite furry tailed gear-head and metal gadget-handy munchkin are back again for a new galaxy quest in Ratchet & Clank: All 4 One – but instead of the standard solo single player mission, this time around the game revolves around a new four-player cooperative multiplayer which pairs the trusty duo with Captain Qwark and their heated antagonist Doctor Nefarious.

Through a ridiculous twist of shenanigans, the four find themselves in an alternate dimension, under the extreme rule of a mysterious machine called the Creature Collector. Hmm, I sense a predictable plot point in this sector, captain. 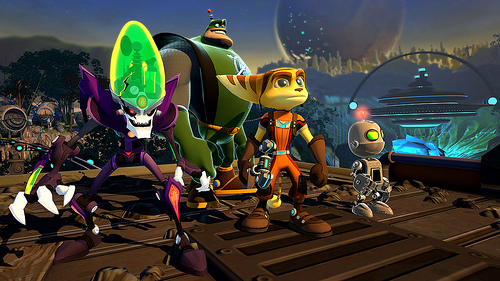 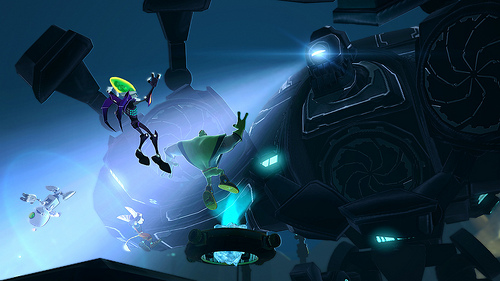 Our four characters must band together through their differences and find a way back home  – working together to maneuver through platforming levels, solving puzzles, and destroy enemies with a vast array of crazy weaponry that is the calling card of the Ratchet & Clank series.

Each member in the team has their own set of unique weapons and special abilities, which in tandem can be used to get out of any sticky predicament. There-in lies the basis for the four-play cooperative mode which will softly push players to work together in order complete levels – whether those players are on the couch or online.

Ratchet & Clank: All 4 One supports either offline or online co-op that allows for drop-in and drop-out between players – a great feature that insures you’re never without someone to have your back. 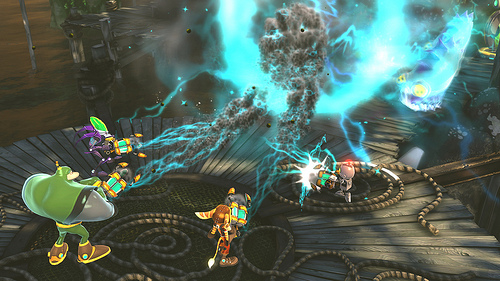 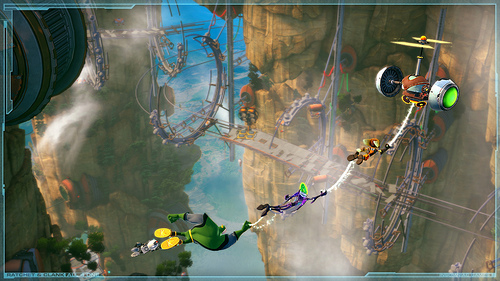 Now four-player co-op is hardly anything new  – The Legend of Zelda: Four Swords Adventures and its convoluted four Gameboy Advance set-up says hello – but when sown into an action-adventure platformer of Ratchet & Clank’s breed, you can bet that the developers have their work cut out for them.

It’s complicated enough to get teamwork between four players to work and make it a fun experience overall, but to then and online to that kooky equation? Danger! Danger, Will Robinson!

Thankfully with a proven group like Insomniac Games, I’ll bet that if anyone can do it, they certainly can. Although, we’ll have to wait till October 18, 2011 for that answer – that’s when the game is set to release in North America. I recommend that if you haven’t yet played Ratchet & Clanks previous outing – Ratchet & Clank Future: A Crack In Time – to do so, it’s a great action-adventure game full of charm and fun.