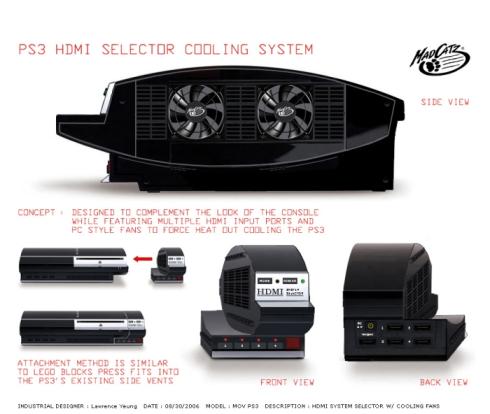 Industrial designer Lawrence Yeung has designed the PS3 HDMI Selector Cooling System. The idea was to install a cooling system tat is similar to those found in PCs. However, care has been taken to not tamper with the aesthetics of the PS3 but in fact, the system is designed to complement the console’s looks. The system features multiple HDMI input ports. You could attach the system easily into the PS3’s side vents, which are already existing. 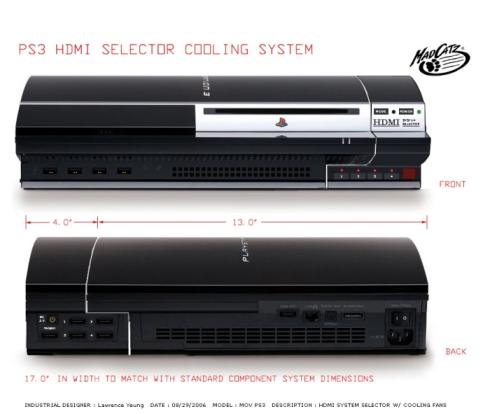 The HDMI Selector measures 17”, which matched the standard dimensions. The PS3 actually looks better than it was originally intended to be. Added style, PC-like cooling, and multiple HDMI ports make this HDMI Selector pretty awesome. As a bonus, it can even be attached easily like LEGO blocks. The PS3 HDMI Selector costs $79.99, which is again quite price effective. 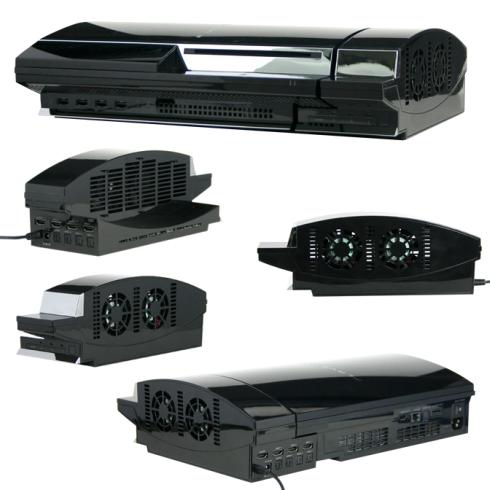 There have been a few other cooling systems for the PS3 but they usually marred the look of the console and also did not come with all the other features we can see in the PS3 HDMI Selector. I guess one will never have to worry about these minor problems, which have always been associated with the PS3. 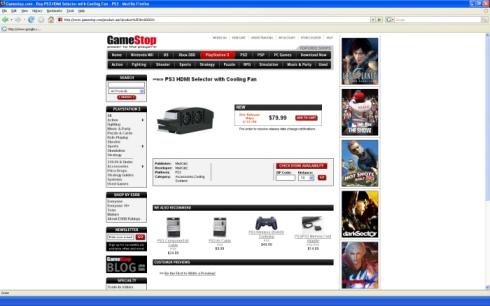 Thanks Lawrence Yeung, for the great images and the awesome design!