How many times have you sat at work and wished you could be at home playing at your Playstation 3 instead? I’m sure it happens quite often, and while it might not always be possible to do that, bearduck might have the perfect cure for your obsession with these PS3 controllers paperclips. It might not be the same thing as playing a video game, but with these Playstation Controller Paperclips, you can at least pretend that you’re not at work and that you’re relaxing at home with maybe a beer while you are playing your favorite video game. Wishful thinking I know, especially on one of those days when there is not much work but you can leave the office anyways.

This is how they look 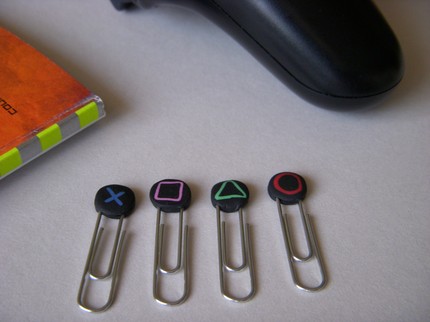 They look really cute don’t they? So now, whenever you are bored at work, you can set up these paper clips to resemble the control buttons, imagine the visuals of a game (whatever you want to play, the choice is yours… I’m nice like that), and play it in your head.

Another reason to buy these paperclips is if you really really want a PS3 but you just can’t afford it right now. If you get these paperclips, it’s almost like the real thing (minus the games and the rest of the PS3 controller and well just about everything except the 4 control buttons), but you’re poor, you don’t mind making compromises do you? 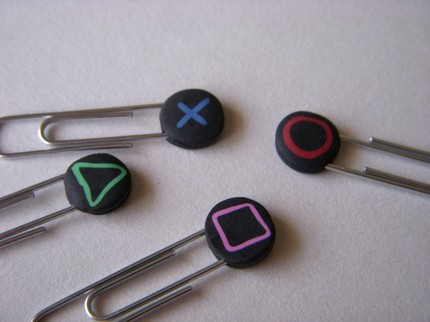 These little paperclips cost only $4, which I think is worth it, especially when they are all neatly arranged in their own personal envelope.. Kind of like they have been tucked in for the night. 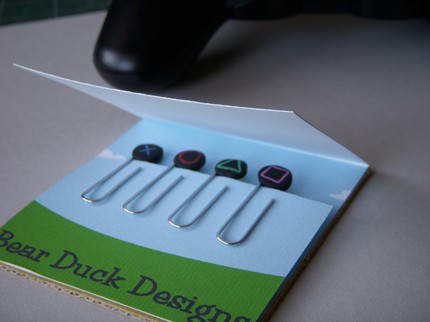