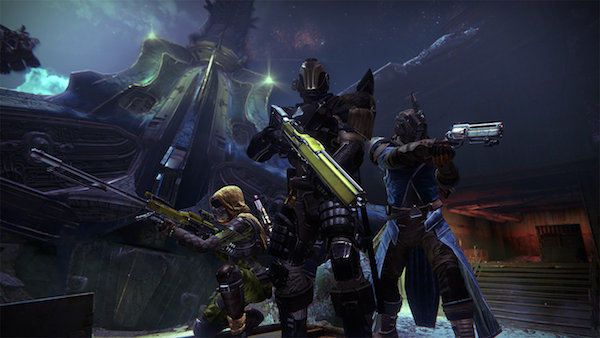 Here we are in the depths of summer’s unwavering heat. Thankfully, this week’s hottest releases on the PlayStation Network will only warm up your interest and not the temperature.

On this week’s menu the beta for Bungie’s online multiplayer, space-venturing shooter Destiny gets primed for both the PlayStation 4 and PlayStation 3. The (not-so) limited-access “First Look Alpha” of last month reportedly was a big hit for both Sony and Bungie, with almost 6.5 million player games being accounted for during its short run.

Thursday, July 17, will begin the next test run for Destiny – and only on PlayStation before anywhere else. Folks who have already pre-ordered the game will receive instant admission to the beta, but for those without, much like the First Look Alpha there will no doubt be many chances to grab an access code through countless social media giveaways.

The rest of this week’s releases on the PlayStation Network certainly don’t have the marketing hype that Destiny has, but they’re still worth paying attention to. Abyss Odyssey is a 2D hardcore action game that’s both deep in art style and combat complexity; Crimsonland offers twin-stick shooting fans a knuckle biting experience; and One Piece Unlimited World Red is a joyful, 3D brawler extension of the popular Japanese anime.

The information below is subject to change without notice.

Crimsonland is an intense, top-down dual stick shooter where your screen is filled with hundreds of aliens, giant spiders, mutant lizards, and more. Complete sixty quests to unlock an array of weapons and abilities, then unleash your arsenal in five survival modes with leaderboards.

The New World and its fierce challenges await Luffy and his Straw Hat Crew. In One Piece Unlimited World Red, players will live the complete pirate adventure thanks to fun-filled escapades, action-packed battles and powerful allies in a whole new, never-before-seen scenario.