At the E3 2011 in Los Angeles, Kojima Production’s creative director, Yoshikazu Mazuhana, held an interview with Eurogamer, in which he explained what would be necessary to bring the Metal Gear Solid title that hit the PSOne 1998, and that the franchise owes its popularity to, to the new generation of gamers.

As Matsuhana explained, the studio had decided not to include the title in the forthcoming Metal Gear Solid HD Collection because both its gameplay and visuals are just too old. 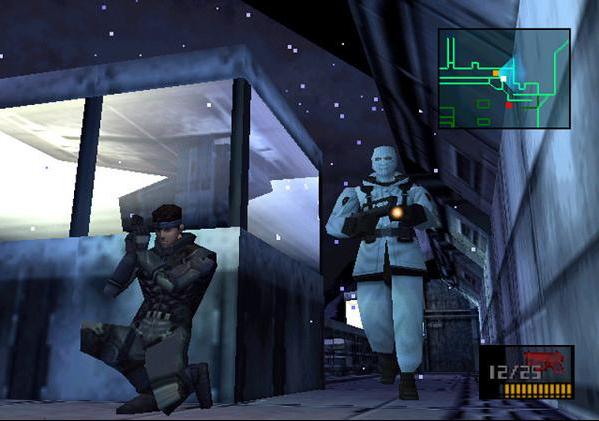 This is how "Old Snake" looked like back in the day.

“Obviously, we wanted to include it and make it a complete collection. However, as you know, Metal Gear Solid 1 was for the PSone. It has a very, very low polygon count,” he explained.

“While at the time the game was something new and refreshing, just bringing it as is into HD probably wouldn’t have that much meaning to us. We’re doing two and three with a certain work flow where the goal is to take that game, preserve it and introduce it to a new generation. We can’t really take that approach with Metal Gear Solid 1 because it’s very dated at this point.”

“If we were going to do Metal Gear Solid 1 we’d want to take more time with it. Not just up-res the textures, not just make things look pretty and polished, but go back and tweak some of the gameplay, tweak the story to update things and do it properly. Not just a re-master but a re-imagining almost.”

“We do want to do that sometime down the road but it will take more time. It’s not something we’re looking at doing right now.”

Let’s not forget that, back in 2004, Too Human developer Silicon Knights had remade the original PSOne title as “Metal Gear Solid: The Twin Snakes” for the Nintendo GameCube. However, this is very different. Though Kojima Production’s plans are not yet being worked on in the present time, and we can’t be as optimistic as to hope for results to come up in but a distant future, these plans do hold certain promise. Will we be able to see an adaptation of the PSOne classic, with graphics, sounds and gameplay similar to those of its PS3 successors? How about a Gray Fox that dashes and slashes like Raiden in “Rising”? Wider, more complex maps, enemies with sharper AI, weapon upgrades, boss battles more epics than before if it is even possible… And, of course, there has to be CQC! (In MGS4, we’re explained that Solid Snake already knew CQC! Why did he wait so long to use it?).

Anyway, let’s just relax and wait for now. With “Rising” coming soon, we have quite a bit of Metal Gear awesomeness to quench our thirst for the time being.

Check out some other Metal Gear-related articles, like Metal Gear and Zone of the Enders titles to be remade for the PS3, or a reminiscence of the first game as part of Konami’s 5 PlayStation Classics.