Boot up and get the full layout for the first multiplayer expansion for Killzone: Shadow Fall on the PlayStation 4. 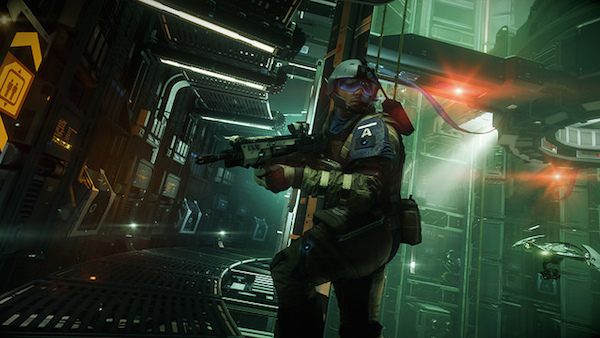 Guerrilla Games is readying the first multiplayer expansion for Killzone: Shadow Fall on the PlayStation 4, and lordy is it full of awesome content. Planned for an April release, The Insurgent Pack will feature a new Character Class, 3 new abilities, 3 new weapons, and 2 new game modes that should wet your multiplayer whistle fully.

Here’s a quick rundown of what to expect with the Insurgent pack:

The insurgent starts with just a pistol and his wits about him. As vulnerable as he is, he can slowly build up his arsenal in the game by using [Steal] to steal weapons and abilities from downed enemies, which enables him to use those weapons throughout the game, even if he falls in combat. By Using [Hack] he can change enemy ground automata into friendlies, turning the tide of battle quite swiftly.

• Guard Drone – The Assault gets a stationary Buddy drone; deploy it in one place and it guards the location from a ground level.

• M82 – the classic assault rifle of choice from Killzone 2 and 3 is back!

• Sta14 Rifle – The sniper rifle of many battles past adds to your long distance sniping arsenal.

• 3 lives, Hard difficulty, and the Shadowfall campaign to test your mettle.

A limited set of collectible crates will spawn only for Insurgent Expansion holders, one per match for a limited time. Collect one and earn extra points in game, collect more and stand to win rewards in game.

All this content comes with its own set of Challenges and Trophies to unlock. Trophy details will be released soon.

You’ll be able to enjoy all that Killzone: Shadow Fall multiplayer expansion goodness for the sweet low price of $9.99, come this April when it launches. Customers who have already purchased the season pass for the game will receive the pack for free.