This week at E3, Activision revealed the latest news on the upcoming single player campaign for Call of Duty: Modern Warfare 3. The third entry into the mega franchise is once again being helmed by Infinity Ward, though without several key members who worked on previous entries into the series. This time, the company will be backed up by Sledgehammer games during the development process, and together the two companies looks as if they are going to deliver with this sequel.

As part of the presentation, Activision teased the crowds with several small demo scenes taken from two separate levels in the campaign. The first level that they covered was a mission called Hunter Killer, in which players found themselves in a dark underwater tunnel as part of a Navy SEALS team with the mission of infiltrating an enemy sub. As players moved towards their objective, bodies and debris floated by as a full scale battle took place over the surface above.

After reaching the sub and planting explosives, the demo cuts to a scene inside the disabled submarine for some action in tight spaces. During this scene, several of the now legendary Call of Duty scripted sequences took place, where players had a limited time to react to events taking place around them. A few notable slow motion kills found their way into this part of the presentation, before Activision cut  away to a second level.

The second level demonstrated showed scenes from a mission called Mind the Gap. The mission began with players sneaking into an enemy warehouse and using covert tactics to take down their targets. Before long, a full fledged fire fight broke out, ending only with the appearance of a friendly chopper laying waste to all opposition.

The demo then cut to a more exciting scene taking place inside a subway car. Bullets fly everywhere as the action takes place as an “on rails” shooter, all to an epic pounding soundtrack. Civilians duck and cover as the player outguns his opponents, all in a scene that contains an eery amount of detail.

At first glimpse, the action seemed to be largely similar to that found in the previous two entries of the Modern Warfare franchise. Slow moving set pieces, slow motion timed sequences, close quarters fighting and epic vehicle moments have all been done before, but then again this is a sequel, and one can hardly blame it for borrowing greatness where greatness lies. 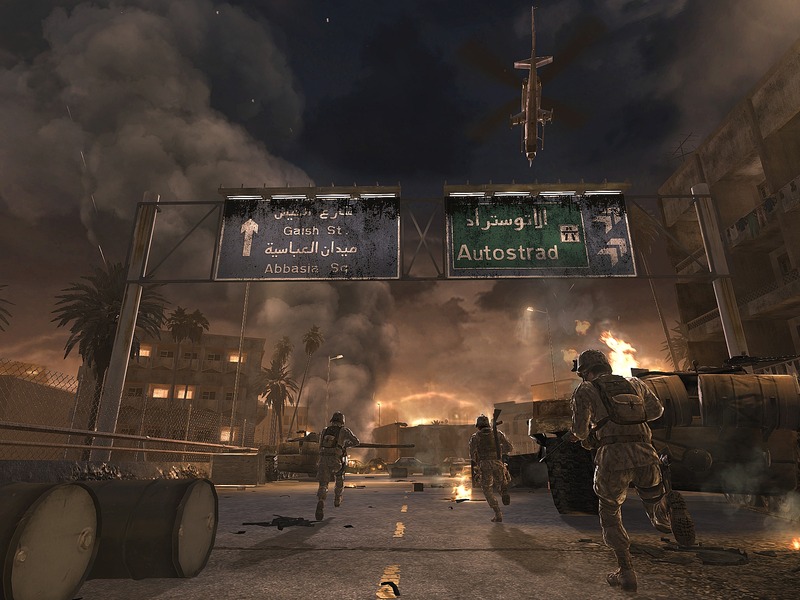 Players who enjoyed the first two Modern Warfare titles and Black Ops will hardly be disappointed by what this latest ride offers. For more great info on Cal of Duty, be sure to read Best Classes of Call of Duty: Modern Warfare 2 and Multiplayer Details Leaked for Modern Warfare 3.