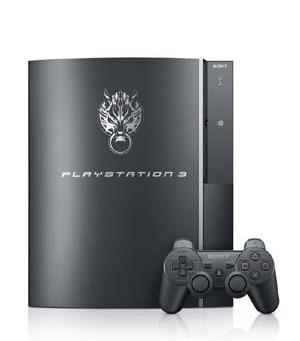 This great Final Fantasy VII limited edition PS3 console will make a lot of classic gamers happy. It is not too bright and wild as other consoles or PS3 mods we have seen before, but it does the trick.

Both Playstation 3 fans and Final Fantasy fans would love this new creation of the console that is simple with just a Cloud Wolf Logo sprouting on the front and a huge 160 GB hard drive. Everything else is about the same, so it is a collectible…but for $550, it would probably only be good for those who don’t own one already.