A simple mirage or something really really big — what is this mysterious page on the Sony Computer Entertainment Japan website counting down to?

Featured on the front page to the Sony Computer Entertainment Japan website is a rather mysterious rectangular portal. One that when soon clicked on, takes the viewer to a page with a large sprawling desert and a lonely traveler. I should also add, that at one point the landscape was under a bright orange sun, but as of now appears to be under the darkness of night.

There’s also a countdown timer in the left-bottom corner to the website, to which is currently set at 4 days and counting — some simple math leads to that countdown ending on June 1st to be exact. But just what is this oblique website counting down to? Now that’s the ticket. 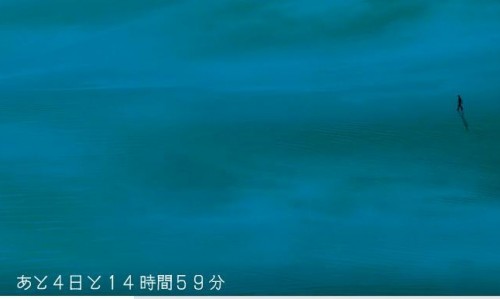 Upon closer investigating, if you squint real hard enough, the tiny walker kind of looks like Nathan Drake. Again, kind of. In fact, the mysterious page in question seems to instantly drum up thoughts of Uncharted 3: Drake’s Deception by developer Naughty Dog — a game that so happens to be mainly set in the simmering sands of the Rub’ al Khali desert, located in southern third of the Arabian Peninsula.

Perhaps this evasive website is the Japanese unveiling for the game. If that’s the case then, why the need for a countdown? Maybe, just maybe, it’s not Uncharted 3 related at all — maybe its an entirely new game Sony is teasing.

Questions, questions, but not an answer in sight — that is at least until the countdown reaches all zeros. Keep it here tight my internet friends for any updates concerning this really strange SCEJ website. Whether it will reveal something fruitfully or is a giant cruel desert mirage of no great importance, we will all learn in due time.