Remember Rockstar’s hit game from 2006, Bully? The game that depicted school life with open-world mechanics might have an eventual sequel, if Dan Houser has it his way. 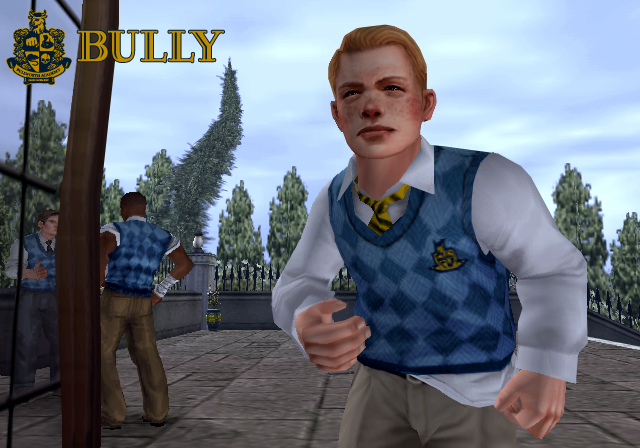 Dan Houser, one of the lead writers of GTA5 and Bully, mentioned on an interview with Polygon that Bully was one of his personal favorite games and that it wasn’t a lack of ideas what was preventing Bully from having a sequel. We’re guessing that it’s just controversy what’s stopping it, being that Bullying is such a prominent issue in today’s world that not only involves kids and their parents, but also even the police and schools. Irregardless, we’re not in 2006 any longer, and the medium has come a long way, so maybe it is time for a new morally-gray game about life at a school and uninvolved parents, once again?

Rockstar struggled promoting the game back in the day because of just how powerful the word “bully” is, and they wanted to send the message that Bully is not “GTA: Highschool Edition”, but its own, separate entity. On that line, Houser shot down the possibility of ever seeing a game about grown-up Jimmy Hopkins, GTA style saying it “likely won’t happen”.

He went further on: “I never saw him as being that level of degenerate, I saw him as a bad teen, because he comes from a tough home, who could go either direction. He’s not going to be a carjacker. He’s too white collar for that already. He’s at a shit private school, but he’s going to end up being really happy because he’s at the worst bit of his life, or being a sort of messed up white collar doofus.”

“He was an unpleasant soul, but he had a heart. To some extent you could say the same was true of [Grand Theft Auto 4’s] Niko in a bizarre way. But [Jimmy’s] not trying to burn down the school, he’s more trying to stand up to injustice.”

Check out some other stories at GTA5 PS3 Cheats – San Andreas Is Your Playground and Sony’s PS4 Upgrade Plans On Select PS3 Games.