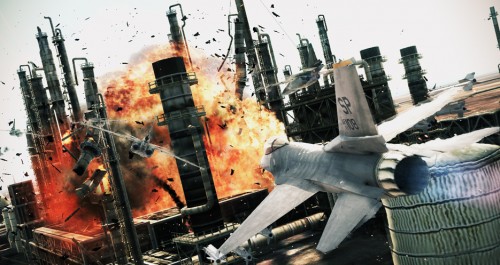 With a new emphasis on raw action that shares similarities to a grind-house flick, Ace Combat: Assault Horizon, as it’s title lightly implies, is flying off into the horizon of a new age of flight-combat and of a long-running Namco Bandai series which has been king of the skies for more than a decade.

Actually, “raw action” is a fail compassion to what the development team — Project Aces — has done with Assault Horizon. In fact the words Project Aces use to describe the sheer gears-and bolts destruction that you’ll see in screenshots is better than any thing I could up with — plus it sounds like an upcoming action movie starring Jason Staham. 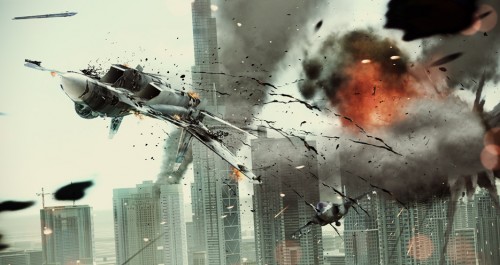 Going back to skills, the combat in Assault Horizon is way beyond just locking-on a target, hitting a button to shoot a missile, and KABOOM — no, its much more involved thanks to a new control method called “Close Range Assault,” where focused short-range dog-fighting is what is needed to take down foes (although you can still go for long-distance kills with missiles.)

What Close Range Assault mode really does is, it takes over control of your aircraft and allows the player to pay attention to what really matters, and that’s gunning down the plane in front of you. Of course video is  a much better demo of how CRA will work in Assault Horizon — and for that Namco Bandai has released a neat 10 minute gameplay video.

For veterans of Ace Combat, the option for controlling your jet fighter can be changed to the classic method of games past just in case your not feeling Close Range Assault more.

There’s also the awesome addition of helicopters (the AH-64 Apache to name one) that you’ll be able to get behind the cockpit of — a first for the series — once the game lands on store shelves this October 11, 2011 for the PlayStation 3 (and Xbox 360.)