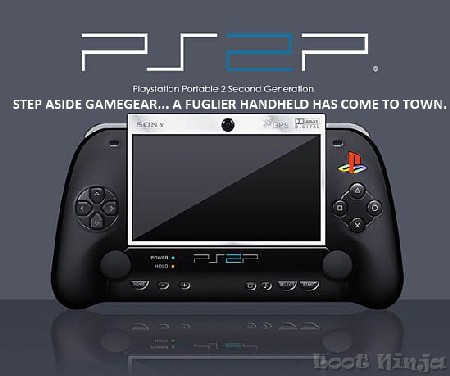 If rumors are true, we may soon see a PSP 2. That is right, the next version of the ultimate Playstation Portable console may soon be announced and it has already got gamers all jelly kneed. PSP is after all an amazing system that does almost everything a gaming fan can dream of, all in the comfort and convenience of being extremely portable.

PSP’s updates and later versions have seen few changes and with changing times, it may perhaps become necessary for Sony to bring a completely new version of the product. Apparently, the PSP 2 is still in the lab and is expected to come with a widescreen multi-touch technology. Other rumored features include Bluetooth support, internal HDD, GPS, game vibration capabilities and others.

PSP’s design is excellent and PSP 2’s design perhaps must not change, unless it is significantly ergonomic in nature. In fact, PSP 2 could very well turn out to be a social networking device for gamers and that definitely is a plus point in the Web 2.0 era. PSP fans and even gamers using other consoles would definitely be interested to know what the outcome of this rumor is going to be.