The Black Hole is a Mystery in itself, and it is even a bigger mystery how it was claimed to be solved using 16 PS3 Gaming Consoles. Who ever thought that Playstation 3 could be such a scientific phenomenon!

16 Sony Playstation 3 consoles were used to figure out the speed at which Black Holes stops vibrating. For a person like me, this doesn’t say much, but according to LabSpaces, Gaurav Khanna and Lior Burko, an assistant professor at UAHuntsville mentions the finding is remarkable and saved an enormous amount of time and money. Such tests are extremely costly if Super Computers are rented and test runs are being administered.

With the PS3 Gravity Grid that was built, 16 PS3 consoles were used with the ability to run ongoing tests, examining different parameters and tests without the worry of a budget running out. What usually could cost $5,000 for each test*, was reduced dramatically with such a PS3 Computer creation standing at approximately $6000 all together. Moreover, there wasn’t the worry of needing to pay for each separate test and for different analysis, which would simply add additional and ongoing costs.

The PS3 Super Computer was used to test the Classical and Quantum Gravity of Black Holes. Burko explained the actual analysis by the similarity to a bell:

With the 16 Playstation 3 Super Computer, Khanna and Burko were able to simulate a Black Hole and examine it until it became quiet again, arriving to the speeds when vibration ceases. 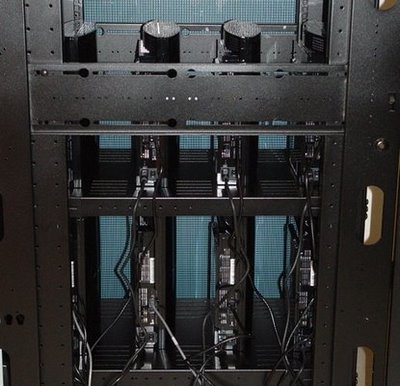